Why is Palm oil so bad for us?

Save the Orangutans!!
This uniquely made video was produced by Iceland that is now banned due to political reasons but in my opinion that’s BS, please watch if you are interested in the impact that Palm Oil is having on our world’s wildlife.
Share this with your children as it is their generation that will be affected the most.

What is Palm oil?
It is a type of edible vegetable oil that is derived from the palm fruit, grown on the African oil palm tree. Oil palms are originally from Western Africa but can flourish wherever heat and rainfall are abundant. Today, palm oil is grown throughout Africa, Asia, North America, and South America, with 85% of all palm oil globally produced and exported from Indonesia and Malaysia; but most of the time not using sustainable measures.

The industry is linked to major issues such as deforestation, habitat degradation, climate change, animal cruelty and indigenous rights abuses in the countries where it is produced, as the land and forests must be cleared for the development of the oil palm plantations. According to the WWF, an area the equivalent size of 300 football fields of rainforest is cleared each hour to make way for palm oil production. Crazy!! This large-scale deforestation is pushing many species to extinction, and findings show that if nothing changes species like the orangutan could become extinct in the wild within the next 5-10 years, and Sumatran tigers less than 3 years.

In total, tens of millions of tons of palm oil is produced annually, accounting for over 30% of the world’s vegetable oil production. This single vegetable oil is found in approximately 40-50% of household products in many developed countries like Australia. Palm oil can be present in a wide variety of products, including baked goods, confectionery, shampoo, cosmetics, cleaning agents, washing detergents, toothpaste and trust me when you start to look for it you will be surprised how much you will find it. Today it was in my free cookie alongside my coffee at the local cafe. No thank you!!

The bond between mother orangutans and their babies is strong, and babies stay on their mother’s backs until they’re 6 years old! 🐒 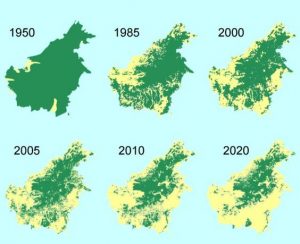 Thanksgiving can be healthy- my top 3 vegetarian dishes.

Sorry, the comment form is closed at this time.